The Bergmann Agricultural Machinery range is comprehensive. The quality, precision and performance however remain at the common core of the design and development ethos.

Bergmann have been manufacturing farm machinery for well over 100 years. Specialising in high quality, high performance machinery for discerning Contractors and Farmers alike. Bergmann machinery can be found in the yards of the most demanding customers - a testament to its performance and the philosophy of the company.

Please Click on the links below for more information on the Product range. 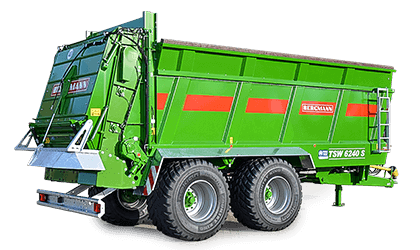 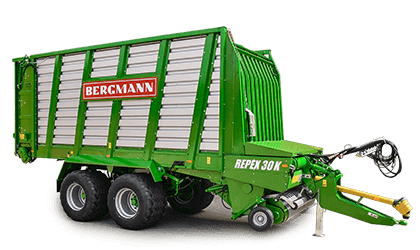 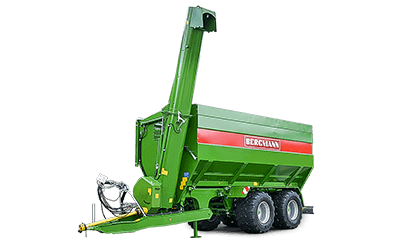 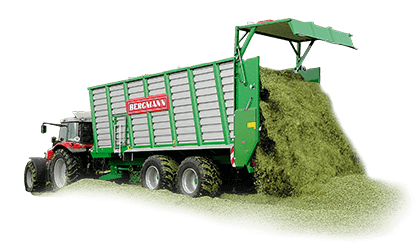 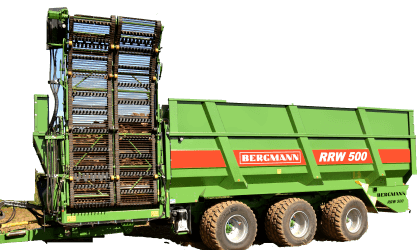 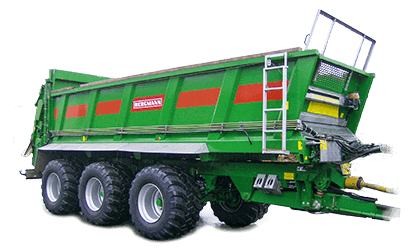 Swap Bodies and Self Propelled

Ludwig Bergmann founded a machine factory in the town of Goldenstedt in the year 1896.

Ludwig's sons Franz and Hermann Bergmann joined their father in the company in 1922 and sales and production increased over the following years. The production of threshing machines gained the company a good reputation and some 50,000 units were produced by the end of the 1940's

During the late 40's products such as grain blowers and hay and straw blowers were introduced. the 1950's saw the introduction of the potato harvester and during this time the company becomes a market leader in this field of operation.

1954 was an important milestone for today's product line with the first manure spreader produced.

During the 1990's the company develops the product range into forage and spreading technology specialists. The introduction of the heavy duty 14x50mm chain for the scrapers.

2005 saw the introduction the first GPS controlled spreader onto the market and Bergmann have evolved and developed this and other products to maintain a leading market position.

A major development in the spinning disc spreader line up is the arrival of the new patented V Disc spreader unit.

Customers are looking for ever wider application widths and to provide this the engineers at Bergmann have developed an innovative new spreading system.

Large 1100mm spinning discs are mounted at an optimised angle to enhance the spread distances and capacities of the already formidable TSW range.

Spreading on tramlines of 36m is now a reality.

The compact Bergmann grain chasers have been updated for 2020 with the introduction of the GTW300 and 210. These models now follow the styling of their larger stable mates.

The availability of these units means Bergmann are able to cater for customers looking for simple affordable grain handling without the need or justification for the impressive 1,00 tph + outputs of the existing GTW 30 Series.

The new 210 and 300 are given a 400 tph outputs the new ranges. Many features and design traits are carried over from the larger machines. The simplistic drive train and Bergmann build quality ensures a long operating life.

A twin bin feature is available as an option to accommodate users wishing to extend the operating season by handling seed and fertiliser.